FREE DOWNLOAD OF MY BOOK:
REALITY IS OVER RATED

Instead of trying to be Nice, Try to Communicate!

“Instead of trying to be nice, try to communicate.

These were the opening remarks of the Dali Lama when I heard him years ago at the Air Canada Centre.

I remembered that great sentence again this week as I prepared my keynote for the Nursing conference.

After many studies across the medical system, they discovered communication is one of the most important tools for a medical team. 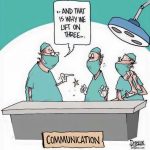 Uh duh!  But don’t we communicate all the time?

According to lexicographer and dictionary expert Suzie Dent, the average person uses 20,000 words in their speech. (But they understand up to 40,000.)

And even with all these words at our disposal why does our communication fail us?

Nurse: “ There is a patient on the phone who thinks he is invisible.”

Doctor: “Tell him I can’t see him right now.”

We are all going so quickly. And the meaning of the words we commonly use change with time.

Take the word hot. It can mean you are sexy.

Or it can mean you just stole something from Best Buy.

Add to that the fact that in social interactions, we often use words we don’t mean.

We often say,  “We say we should get together sometime.”

This is often just a conversation ender. It doesn’t mean you should get out your day-timer and book a reservation at the Keg.

Language does not stay stagnate. It is constantly evolving.

When I  grew up when you asked people how they were they’d say, fine.

Today you ask people how they are and they say there are busy. Saying you’re busy gives you bragging rights.

(I want to be busy, but not too busy. At this time of year, I keep making holiday plans I want to cancel.)

And then there is FB. See, there we use the word “friends”.  But a friend on Facebook might be a person we don’t know.

On various devices, we utilize emojis of thumbs up and prayer hands so it easy to get into misunderstandings. 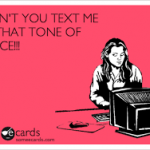 Plus, there are so many short forms you can get mixed up.

My 88-year-old Mom walks around saying WTF, and I asked her if she knew what that meant and she said, “Yes, yes I do. It means Wow that’s Fantastic.

Our brains are hard-wired to communicate. The problem is they are also hard-wired for efficiency.

Our brains are lazy.

The brain believes in first impressions and initial responses and then it makes up a story.

We often have a thought about someone on our first meeting, and then our efficient brains think that is the truth about them.

This is especially true with family.

I used to say no matter how much you changed your family doesn’t update their files on you.

You could do something as a kid and they are still talking about it, now.

Then we go even further with people we know.

“They’re judging me. I can just tell by the look of them.”

We write a script for others as well as for ourselves.

This is particularly true of the holidays! Many of us have a story going on about how people should behave during the holiday season. The problem is the people you work and live with have their own story going on.

So  4 p.m on Christmas day, everyone is mad at each other. And one of us is in the bathroom with our reindeer ears on, crying “ Why am I the only one that brings this family together?” ( Okay, I was having a flashback.)

How do we get out of the boxes we put ourselves in with communication?

Improvisation has been a great practice for me and many of my business clients.

It teaches them to stay in the moment and listen fully to what the other person is communicating.

As new improvisers, the first thing we learned is to yes-and instead of saying no all the time.  I don’t mean saying yes to go to every offer but to start considering other people’s thoughts and ideas.

And even if you don’t agree with them, you can accept what the person shares.

To build up to yes and I teach people to say thank you to their partners in the class.

Not only is saying thank you, a kind response.

It also slows down your brain so we don’t fall back into our automatic response.

Its a way of yes anding. Because it makes the person feel heard.

The other thing way for people to yes and is to mirror or paraphrase what has been said.

In the class, one participant tells a short one minute story. Then their partner paraphrases back what they heard.

Instead of having them say, “YOU SAID…..” which can sound accusatory,

Of course, they may not get the words right but if they capture the sentiment it lays the foundation for good communication.

Communication is not a competition.

Instead of always heightening the conversation to an argument pitch or a debate format, it’s okay to just agree. “You might be right…or “There’s an idea I hadn’t thought of.”

No, you are not going to accept everything someone else says, let alone act on it, but you can consider their ideas as valid.

We all want someone to hear us. So why not give out what you want.

Imagine how it would feel if someone said,  “Yes lets “or “Thank you for telling me that, or  What I heard you say, or... You might be right.”

Now here’s the thing. You are going to make some mistakes with this. It is not a perfect science. You may revert back to your old style of communication, so when you make a mistake why not just admit to it?

“It didn’t come out of my mouth, the way I heard it in my head.”

“Oh boy, I am sorry, I communicate in the same old way don’t I? What I meant to say was…..” and then put the correction in.”

Admitting your humanity helps you and the other person. No one wants to be vulnerable with someone who can never say they are wrong.  And you might even have a laugh over it which of course, is the best communication of all.

Happy Wednesday, Deborah ( SIGN UP FOR THIS EMAIL HERE)

P.S. On another note: My comedy album! #5 for Comedy Albums on ITUNES playlist! 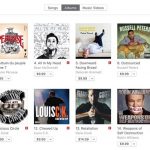