Skip to content
Home/funny, talks, fathers/How to Protect Your Creative Self.

How to Protect Your Creative Self.

As I look back on my younger self I was very, very hard on myself. People said that I was perfectionistic, to which I said, “I am not perfectionistic I just have standards!”

When you’re young much of the fear came from inexperience. Eery creative project was like cutting a swath of new unchartered, untilled land.

Once you go through writing a show, launching a show and all that that entails a few times you begin to know the landscape. It gets easier to not take it so seriously, BUT there is always a Gulliver moment when your creative side says, “We’re doomed we’ll never make it.”

And I believe this is part of the deal because with any creative act it means embracing a lot of uncertainty. A lot of chaotic emotions.

But in order for it not to go into neurosis you have to protect the creative thin skinned soul. You know I am all for doing small bits at a time. And I believe we can do anything for seven minutes.

7 minutes a day go inside, get still and reconnect to the part of you that just wants to be reassured.

Sit with it, and write a bit. Sing a bit.Dance around.

Do this regularly and do it after any  long period of output. ( because the well is empty)

If being mean to yourself was a good idea wouldn’t have it worked by now?

Show yourself mercy when mercy is the last thing you feel like offering to yourself.

The secret is to encourage not to terrify the vulnerable creative soul you are!.

Share below ideas you have on comforting yourself when you’re about to launch a new idea into the world. 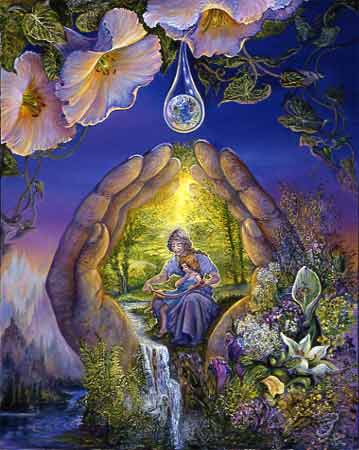 Finding it hard to do it on your own? Well come to Toronto on August 16th and let me show you the secret to unlocking the writing ( and creative blocks) CLICK HERE FOR MORE DETAILS.