The reviews are in:

“Just finished this book, and its wonderful. You are an amazing writer. Angela Hoyt.

” I just finished your book and you one fine story teller.”  Whitney Rose. Opening singer for The Mavericks.

“I love the book. I just ordered ten copies for my book club.” Carol Redmond, Toronto.

“This reads like Little Criminals the sequel. Love it. Characters that really stick with you. ” Aline Strong ( author) 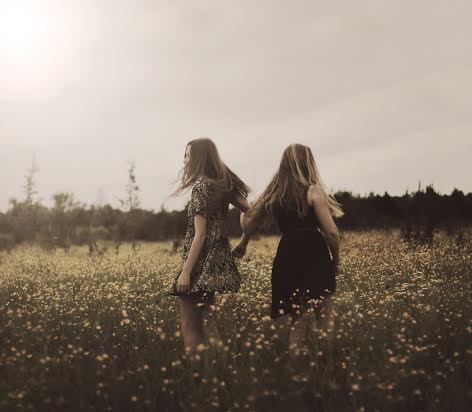 Tammy Babcock’s life is like a bad country and western song. The men have left. The dog has died. And people keep getting born again. No matter where you go you can’t outrun crazy.

CHAPTER ONE: THE BIG PICTURE

The summer of 1968 is where my mind plops down and lights up a smoke.  I remember when I was ten years old. It’s hotter than Hades and we’re all standing in the woodshed, attached to the summer kitchen which smells like mouse shit and dried wood. There we all were, my siblings and my Mother standing in a woodshed, trying to outsmart one travelling salesman. On the particular day this salesman knocked until Alberta couldn’t take it anymore and stormed out of our hiding place and asked him, “Jesus Mary and Joseph, what do you want?”

This guy was a simple slack-jawed man with an ugly church hat. When he took it off he introduced himself as Mr. Martin and looked straight ahead into Alberta’s chest.  He wasn’t being fresh; he was short in stature.  She was a bruiser of a woman, and when he peered through the screen, he was eyeball to eyeball with her substantial chest. Martin began his pitch on the other side of the screen door.  “A few days ago, I flew over your property in my airplane and snapped some pictures of your land.”

“What are you doing going around taking pictures of my land?” Alberta asked.

“Not your land in particular, ma’am.  Everybody’s land. I took pictures of all the farms in the neighbourhood.”

“Why in the name of God would you do that?”

“It’s beautiful to see the way things look from above, so far above everything. It gives you a whole new appreciation of what a blessing land can be.”

“A blessing?  My land?”  Calling land a blessing revealed he didn’t have a clue what it was like to be a farmer.  Then he pulled the photographs from the manila envelope and handed them to her.  There it was, our farm. Picture perfect, parceled off in rows, neat as a pin.

“See, what I do is I will take this picture and place it over a lampshade.”

“A lampshade?” He pulled a small desk lamp out from his suitcase and placed our  picture around it, attaching it with two clips so it would stick.

“Of course if you bought this it would be permanently placed on the shade. If you’d let me come in, I could plug it in, and you’d see how beautiful this looks when it’s lit up.”

Alberta unlatched the hook, grabbed the lamp, shut the screen door and re-hooked it before Martin even realized that he was still stuck out on the verandah.

“This contraption better not blow any fuses, or I won’t be happy,” she warned him.

“Full electrical grounding – it will stand a storm even out here in the middle of nowhere,” he said, not knowing that calling a person’s location nowhere is never a good sales move.

She bent over and plugged it in and when the lampshade lit up, he was right.  It did look beautiful. It was odd to see our lives from that far up above things. All picture perfect.

“Well, that is different.” Alberta said.

“Art?”  That word slapped her back to reality because she changed her tune right on the spot. “This is art?  Why didn’t you say so?  Do I look like I have time for art?  I’m a farmer.”

She opened the screen door, handed it back to him, then hooked the lock again and exited to the woodshed, without so much as a good-bye or kiss my ass. When he heard Alberta start up the chainsaw in the back, Martin turned promptly on his heels and waddled down the driveway with his little penguin city boy walk, us kids in tow, yapping at him. It was my cousin Elaine who had the nerve to ask him: “Can we have the picture, can we Mister? Can we? Can we? Can we?”

He turned around quickly and raised his hand.  It looked like he was going to hit her and then he dropped his shoulders in defeat. When he saw her pus-filled eyes, maybe he felt sorry for us, or maybe when he saw Alberta with a chain saw and safety goggles exiting the shed, he thought he’d walked into some back woods cult.  Whatever it was, he offered up the picture to Elaine and said, “All right, all right, keep the dang thing. It’s no use to me.”

Then he placed his hat back on his head and he and the lamp disappeared down the road.

I’ve had that picture taped to the lamp in my bedroom for years.

I took it with me when I moved to the apartment above the China Doll Restaurant and I brought it here to this place that looks back across the river. They say a picture never lies but this one did. When I stare at it I realize it didn’t capture the truth about anything that was going on.