I Don’t Recognize the Man My Hipster Son Has Become! (+Writers-save$50)

2. Carve out time for your creative writing this fall. Only 3 days left to save $50 on the Tell A Better Story Boot Camp! Sign Up now for a free gift.  Its online and its the ‘everything you need to know about writing bootcamp’!

My hipster son walks down down the street. He is sporting over-sized sunglasses, tight hipster jeans that look too short. His shirt is tight like he might have had a growth spurt in the middle of the night.

He is flipping his hair back and looking intense like he’s got somewhere important to go. As I see him coming toward me I reflect on how did this kid get to be a 27- year old man?

Where did the time go?

One minute he was a kid waking me up in the middle of the night asking me how I would survive the Zombie Apocalypse: ( CLICK HERE)  The next he was grown handsome hipster capturing every minute of his life on Instagram.

Not only do I wonder not recognize the adults they have become I wonder if I had anything to do with it. 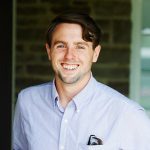 walking down the street I didn’t recognize the man my son has become.

There was that shaky time between  seventeen and 21, where one questions parenting skills.

But then when he hit 25, the soft spot in his head firmed up. He stopped sighing, and quit shuffling his feet.

Suddenly he wanted to have lunch with me. Sometimes he paid. And in fact, his tolerance level went up. And he wasn’t swearing as much. In fact if there was swearing to be done it was usually by me.  Because after menopause I seemed to have developed the mouth of a trucker.

So as I see him walk toward me on the street I was thrilled to run into him. And, I yelled “Hey Brendan” and he looked at me like he was confused to see me in his hood.

I say hi again. This time he pulls his glasses down and looks at me like he’s figuring out my game.

And he smiles a big wide silver tooth grin. It is then I realize this is not my son. My son does not have a silver tooth. No, the son I admired isn’t a pirate.

This man standing in front of me is nice enough is someone else’s hipster son.

Then it hit me:

My actual hipster son was on holiday in New Brunswick.

I couldn’t believe I hadn’t remembered.

I had had a similar experience when Brendan was a new born baby. See, I had left him at the YMCA babysitting service while I worked out. And when I came back and saw all the babies in the baby seats, most of them dressed in white sleepers, it took me about 30 seconds to figure out which child was mine.

In conclusion, take care out on the street:  If you have a hipster son,  check him out twice before you yell at him. Or you could end up like me and almost take the wrong kid home.

Do you like these stories? Well please help a gal out and share on your social media sites!? Thanks!

Grab a Copy of the That Which Doesn’t Kill You Makes You Funnier.

Save $50 bucks on The Tell A Better Bootcamp ( an online class that will get you writing and keep you writing! Ends October 1st 2016. 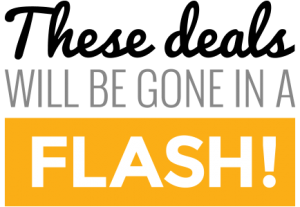 P.S. AM slowly moving my writing workshops over to thesevenminutewriter.com. Go over and take a look. Click here: