This story is written by one of my Sunday Morning Memoir Writing students! Her name is Bella Grundy and she is a wonderful woman. A talent agent who runs her own agency, the Bella Agency, and has a deep love of writing and expressing her creative ideas!  I love how her talent has been developing and this is one of my favourite stories! 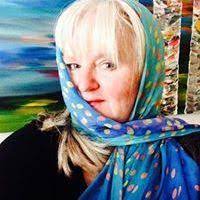 I remember those candy-fueled weekends of summer and marvel at the innocents that we were.

Saturday’s mid-afternoon treat was a high point and the payoff for being plucked away from our city friends to our parent’s hobby farm for the weekend.  We were a glum group of four young kids up until that point. “Alrighty let’s go! “Said Dad – “It’s time to Tear-On-Ovah to the Terra Nova Candy store”!

We piled into the Band-Aid-coloured Ford station wagon; my older twin brothers convinced my father to let them ride on the opened tailgate. My sister and I were annoyed that WE were not allowed; instead, we would get up on our knees, hang our torso’s as far out the window as possible and let our long hair whip about like the free wild horses that we were.

The radio played Roger Miller’s “King of the Road” as we bounced and crunched down the gravel lane, singing to the head-turning cows spotted on the goldenrod shag carpets of the Ontario hills.

We would pull up loudly, full of dusty throated song, in front of the barn board building with a gabled roof.  On the front hung a rusty white metal sign which read ‘Terra Nova Candy Store’ in candy-shaped red lettering. The screen door’s worn-thin metal handle held the fingerprints of generations of sugar seekers. One big step got you up onto the porch which housed a long bench and old man M’Gregger.

He carved decoy ducks, bird figurines perched on limbs, and an assortment of wooden spoons for left-handed people. Us kids would refer to him as “one legger M’Gregger” – a name we never said to his face, but I think his name was Sid.

We burst through the screen door, setting off the low-toned brass cowbell as it opened and slammed shut. The blueberry-eyed owner and his bee-hived blonde wife, whom he brought back with him after the war, doled out the wax lips, black balls, spearmint leaves and scooped the ice cream. My sister and I were crazy daisies for the blueberry flavour, not neon like today, but rather, a dusty deep violet hue that stained your lips and tongue for the remainder of the weekend.

My favourite candy was anything I could “smoke.” This was the only shop that sold the El Bubble gum cigars in pastel colours. I would get on my toes to reach for the light green cigar at the back of the rack; it was an extra smooth smoke with a hint of mint. There were also the tidy packs of 12 King-sized cigarettes named Victory, Stallion, Target; inside they were solid chocolate wrapped in paper you’d peel off as you smoked ‘em. You could find the same packs in the city shops, labelled NEW YORK, PARIS, LONDON. Those were much more fashionable smokes, transporting you to glamourous apartments with hats and accented boyfriends, which was not how one would describe One Leggers’ Pig Shed.

We figured that One Legger must have lived in the abandoned pig shed behind the store, as it had an oversized door handle fashioned from one of his wooden spoons.  Although we had never journeyed back there, it seemed a bit eerie.  My parents would let us sit with Sid for a while as they chatted with the owner. Sid would re-tell his war stories with a stormy flourish. He was pleased to have us gather around and would tell us about his wooden leg, of which he had carved himself, from a tree planted by his father.  We’d listen wide-eyed with busy mouths unveiling the colourful life layers of blackballs.

“I’ve got a secret project in the works;” said One Legger, “would you like to see it?” Wide-eyed we’d followed him in a single duck line toward the old pig shed. I took a quick peek through a dusty window and poked my sister in the ribs to look. We saw that his wooden bed and a lunch table that was fitted with fancy carved Peg legs. There was a huge birdcage in the corner covered in an old quilt. He led us behind his shed into a structure you couldn’t see from the road. “I built this greenhouse when I had both legs and now, well now I need some help cuz I don’t get around as good as I used to” he chuckled. We saw a little forest of sugar maple trees about 8 feet tall, in fact looking back on it, it was more like a dozen skinny saplings growing out of old ice cream containers, pressing, and bending urgently against the glass roof. “I planted these from helicopter key seeds I gathered on my father’s land and It’s time to give them back to the woods where they belong, will you all help me?”  He winked and rolled his pant leg up revealing a little hinged door carved in the shin of his wooden leg. “Go ahead open it- it won’t bite,” he said. It looked like a cuckoo clock door, and I half expected to find a bird jump out at me, but inside there was a small black licorice pipe with red flaming seeds on the end. So I lit that pipe and I thought there really was magic in these woods.

Check out my writing workshops and DIY pre-recorded classes here!

GRAB EXCLUSIVE ACCESS TO ALL MY COMEDY!!
Missed my December 4th show? Not ready to go out and laugh unabashedly in public? Sick of me asking questions? My Membership site is something I am now offering! Basically, this is where all my NEW comedy videos and stories live! Think of it as a museum. If you join, it’s $50/a year for a preview of the new show, clips from my new book, some hilarious videos I created over the past years. As well as some
best of jokes” and new blogs added monthly! A real way to help support and sustain my art. Thanks. Check it out!https://kimmett.ca/shop/deb-annual-membership/

Sign up for the Wednesday  Wit With Wisdom- a weekly newsletter full of wit and wisdom.