Skip to content
Home/Events, Humour in Your Writing./What Happens When Life Forces You To Say Yes.

What Happens When Life Forces You To Say Yes.

COVID has impacted us and continues to wreak havoc on our personal lives. Each day we have to keep adjusting our expectations for social encounters all to keep ourselves safe.

For many of us it has changed forever what work we have and how we do it. If we do it.

I was one of those people who in one fell swoop, March 2020, all my work went away. Luckily CERB gave me some time to catch my breath and not lose my home. For me that help was a Godsend, because I had no idea what to do next.

All my years performing and teaching at Second City I know saying yes to the next thing would help.  Saying yes has always moved me forward. It helped me write, deal with a sick daughter and even helped me stay sober. After yes things get interesting.  So I said yes to masking, and isolation. I even gave up human contact for lent. But those first few weeks it felt rather than moving forward, I was just pumping the brake so the car wouldn’t veer off into the ditch.

Mentally it was a challenge. I tried to stay calm and not freak out, because I never get good ideas in that flustered state.

They say when you polish over here, things shine over there.

One day after a particularly bad day, I received a message on Facebook from a very casual acquaintance who said, “Put your classes on line. They will heal people.”

This seemed rather cryptic. I was  looking for a sign and after 30 years of teaching going online shouldn’t have been that big a leap. But I had tried this before COVID and no one came. I knew nothing of Zoom so I gingerly put an announcement up, “Writing in Your Pj’s on Sunday Morning.” I’d make it inspirational and get people to tell their life stories, their memoirs. I offered sliding scale until I got the hang of it. And the class filled up. I should note it filled up with people generally over 60 who adapted quickly to Zoom.And I made enough money to not collect CERB that time around.

Maybe this saying yes thing would work for the pandemic.

The class built and soon I had students attending from all across Canada.  Thanks in part to CBC Radio who mentioned the class on a CBC comedy show I had taped for them way before COVID!

Polish over here, shines over there.

I hired a few out of work actors from Stratford and Shaw Festivals to read the great memoir writing I was using as inspiration. They didn’t just agree, they said hell yes.

They didn’t know Zoom either. And I’m not saying they were old but some didn’t have online banking. What?  So I had to mail them cash like I was a grandma giving them their birthday money.

Then I offered free or very low paid motivational speeches and comedy shows to essential workers, to not for profits struggling to say positive. People from my hometown asked me to speak to their associations that were struggling with Zoom Fatigue. A friend featured me as a thank you gift for her clients.

And I don’t know if what I did was that great. I still shudder to think of those first presentations when I would pop out of nowhere on the screen.  And it was hard at times, to be talking to the screen.  I’d not not hear any laughs. I’d feel suicidal after I closed my computer screen.  But I kept thinking just do it and stop worrying about how it feels.  I needed to grow.  One thing is I needed to create the visual aspect of Zoom. So, I also hired younger folks to show me to activate my ideas for video! Laurel Brady Creations, @Eric Andrews and@Christian Smith and Rodrigo Stahl all helped me get better.

As a result, they helped me church up my classes and shows and helped me make 40 videos and created a membership site where people could get a new one of my videos and blogs every month.

This membership idea has been so slow to grow but a few steady patrons helped me launch it. I have learned so much making these videos and writing these blogs. I figure when I do go back to live performances I will not have kept my muscles warmed up.

Maybe the best side effect has been the community that has been created. Not only was I energized by having people around me with enthusiasm, in return I got to offer some elder wisdom ( and some soup) by sharing how I faced other calamities in my life and what I did when the going got tough

Now listen,  I’m not telling you any of this to boast about how great I was at adapting. I know all of you are adapting and saying yes every day in new and different ways than what I am speaking about.

Even though I’ve said yes it’s not been without emotion. I have cried, lost faith, and many of my bright ideas have flopped. But some days I’ve been surprisingly happy. I’ve connected to so many young people and now have a more diverse and global group of friends.

Some days are shaky. Some days I am sucking my thumb and other days pretty damn proud of myself that at 64 years of age I can still learn and adapt.

Life just forces us into something new.

I have also said no and some of those things were right to not take.  This past 22 months I have learned to keep things very, very simple.  Some of the things I said no to in early days of COVID I now can say yes!

One example was for me to offer a free sample class to generate income and interest. I said, no, no, no, because I couldn’t do one more thing new. Then one day I said yes and it has turned out to be very good. But I try and be gentle with myself for some days I cannot handle one more new thing.

The weird thing is after all this effort I don’t know what the future will bring: When live shows will happen again. ( I was supposed to tape a new comedy CD in March but who knows) and if any of these new found talents will be useful after COVID ends!

But, I am subscribing to the axiom, “If you build it they will come.”

In my case I don’t know who they are but I am ready when they do!

Has COVID forced you to say yes to a new way of living? Have you had to let go of old ideas to move forward?

Share on social if you feel moved to do so.

My Writing in your Pj’s class starts this Sunday January 16th at 10 a.m. It has people from all over Canada Check out the details here!

Want to write comedy? Ask for a downloadable copy off my Comedy Masterclass from Sunday January 9th! $25.00 for 90 minutes of great tips!

Need a laugh? Then Check out my new funny videos, here

Are you a member of the VIP site? I just added another video! 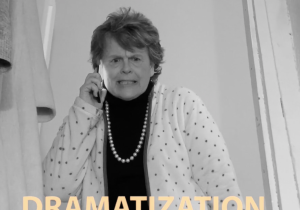