Skip to content
Home/Events, Home Page/Is 65 too old to be an Overnight Sensation?” This Mother’s Day, enjoy a matinée on the Danforth with Deborah Kimmett, and be home on time for Wheel of Fortune.

Is 65 too old to be an Overnight Sensation?” This Mother’s Day, enjoy a matinée on the Danforth with Deborah Kimmett, and be home on time for Wheel of Fortune.

GRAB TICKET FOR May 1st Here:

This Mother’s Day, enjoy a matinée on the Danforth. LIVE at the Social Capital Theatre on May 1st and 8th, Veteran Canadian Writer and Comedian Deborah Kimmett shares insights on aging, visibility, and her mother the heckler. Directed by the wonderful Christian Smith. (@Christian and Nat)Opening Act: the brilliant Nichol Robertson- a Toronto based guitarist & banjoist.

Overnight Sensation is a hysterical comedy that finds Kimmett on the eve of her first old age security cheque, asking herself if it’s too late to become an Overnight Sensation. (She may even be pushing the limit on Late Bloomer.)  With her signature sharp wit, Kimmett punches up on how we stereotype aging women. The show examines popularity vs visibility and suggests that it might not be popularity that we are all seeking, but to be seen for who we really are… a woman who is sensational.

Very few comedians – much fewer female comedians past 60 have a platform in Canadian media. Her last comedy album Downward Facing Broad aired on CBC Radio to great response and began to tour before the world was shut down. As COVID-19 raged on, Downward Facing Broad comedy album became number 5 on iTunes! After 17 years on CBC’s radio show The Debaters, Kimmett has an impressive following with CBC audiences.  She is a regular on CBC’s Winnipeg Comedy Festival, LOL and is an accomplished author of four books, Reality is Overrated and That Which Doesn’t Kill You Makes You Funnier, and Out Running Crazy. Deb’s new book Window-shopping for God will be published in spring 2022. She was nominated twice for the National Magazine Award for Humour. As well, she has been shortlisted for the Governor-General Award for her play Miracle Mother in 1984. She has written 52 episodes of TV on Steve Smith’s Go Girl. Her lead in the movie, Keep Coming Back debuted at the Palm Springs Film Festival, and Whistler Film Festival garnered a best actress nomination for ACTRA. She has appeared on Canadian gems like Frankie Drake, Tall Boyz, and Gayle Pyle.

Opening act Nichol Roberston:who cut his teeth as a sideman to dozens of performers in the city’s country, folk and avant-garde scene. (@WhitneyRose@Devon Cuddy@Maplebluesaward 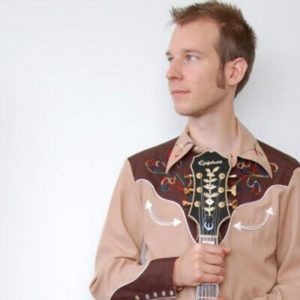 Based in Toronto, Howl & Roar Records was born out of a desire to wake up the comedy album world. Today’s industry is diverse and ever-expanding, but not always properly represented. As a Sirius XM Radio host and former comedian, founder Allison Dore understands both the industry and the artist. With Howl & Roar, she aims to empower artists by helping them produce & distribute quality content.

In the three years since its inception, this female-run record label has established itself as a trusted resource for artists across Canada and beyond.