Skip to content
Home/funny, talks, fathers, Humour in Your Writing./Why “Scooch” is Never A Good Word For A Woman.

Why “Scooch” is Never A Good Word For A Woman.

I was in need of a medical tune-up, so I called my doctor. The receptionist said he could fit me in late in the afternoon. I thought it would be a quick visit. I would be put up on the hoist and be back on the road in short order. When I got there, the waiting room was full of the usual suspects: sick people and snotty kids pushing the hand sanitizer lotion button over and over again. There was also a guy with a fishhook in the side of his cheek. It was the opening day of walleye season, and his buddy had been behind him in the boat and hadn’t cast quite far enough. 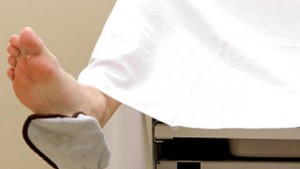 Fishhook Guy was flirting with Broken-Arm Woman. She didn’t give him the time of day. Perhaps because she didn’t find a man with a fishhook in his cheek attractive. Or perhaps because she was flirting with the Prisoner Man sitting beside her. She must not have seen Uniformed Escort because I heard her ask Prisoner Man, “Where are you from?” To which he replied, “A gated community.”

As Broken-Arm Woman was called into the exam room, Prisoner Man winked at me. I averted my eyes. Not because I’m against dating a man in prison, it’s just that I know if I smiled back, he’d start telling me about his medical problems. I listen to people’s medical problems only if I gave birth to them. So I buried my head in an old magazine, a Chatelaine from the ’70s with Helen Reddy on the cover. Although I pretended to be interested in how she wrote the song “I Am Woman,” I couldn’t help but be drawn into listening to the conversation between Fishhook Guy, Prisoner Man, and Uniformed Escort. Fishhook Guy started off saying he hates doctors. He sounded like my dad. My dad wouldn’t go to the doctor either. He was a cowboy, a real hombre. He worked fixing up houses and when he came home from a job there’d be a big hunk of skin missing, and we’d ask, “Dad, where’s your elbow?” He’d look down and say, “Oh God, I thought I was missing something.”

Prisoner Man must have read my mind because he turned to me and said, “Men are hunters. They don’t like being vulnerable.”

I was tempted to say federal prison would make you vulnerable, but I didn’t because I wanted to stay out of it.

I kept my head down and my mind wandered as I tried to recall statistics I heard when I took medicine at Queen’s. I remember somebody telling me if a man is having a heart attack, he will deny it. He’ll say, “Don’t call 911. I just have a little indigestion.”

You can tell if a man actually does have indigestion. He’ll burp in your face and say, “Sorry, babe.”

The male psyche is confusing. A man says he’s macho and doesn’t want to be weak, but when that same man gets a sniffle, he’ll be flattened on the couch unable to reach for the remote. Big babies with a man cold. No machismo, just a lot of coughing and hacking. I think that’s why polygamy was never a woman’s idea. No woman would ever get up one day and say, “Hey, I think I am going to get me seventeen husbands.” That would be 17 men who would get sick, likely all on the same day.

I read one study that said men find it hard to go the doctor because the waiting rooms are not male-friendly. Well, maybe we could decorate it like a hunting lodge? Put some moose heads on the wall? Or design the office like a mechanic shop? They could drive in, bend over the engine, and get their prostate checked and an oil change at the same time.

All of these thoughts were running around my brain when Prisoner Man winked at me again and said, “I guess women are used to being poked and prodded, so they’re more comfortable at the doctor’s than a man.”

I looked at him and thought, “No wonder you’re in jail. You likely said that to a female judge.” I smile and think, Yes, man, you’re right. In fact, the week before, when the mammogram technician was twisting my left breast into a balloon animal, tightening the vice-grip device over what’s left of my post-menopausal mammary, I thought to myself, Whew, this is relaxing. Good thing I am not a man.

Or a year before, when I had my feet up in the silver stirrups covered in oven mitts. The doctor entered with his miner’s light and didn’t even say hello. He said, “Scooch.” Scooch is never a comfortable word for a woman. And it’s not just the physical discomfort; it’s the emotional discomfort. Why does he get all chatty when he’s south of the border? Once he’s got out the salad servers, he starts talking about his golf game. One time he said, “Oh, you’ve been to the beach.”

He has no sense of timing. He’s looking up Magic Mountain and said, “I see your tonsils are swollen.” He had been looking at my throat 10 minutes before, but he didn’t say anything then. It was like he was a CNN news anchor reporting from Baghdad, where there is a time delay in his response.

So I shot back, “Can you see them from that angle?” He got embarrassed and said, “Uh no, I mean, well, I am an ear, nose, and throat man by trade, and I was just thinking…”

Of course, I didn’t say this to Prisoner Man. I didn’t know what he’d been in for. That, and the receptionist was ready to see me now.

I went in. I got up on the table and put my feet in the stirrups with the oven mitts. The doctor came in and told me to scooch down a bit and began talking about shooting a ball into the rough while I lay there reading pithy cartoons on the ceiling and humming to Helen Reddy’s, ” I am Woman, Hear me Roar.”

Like my writing? Pretend I am your comedy barista: